We are proud of all our alumni and their achievements – big and small. Continue reading, or visit our website, to be inspired by the experiences, memories and journeys of some of our past students.

Share your story
We welcome your news including personal or career highlights and milestones. Profiles may be featured on our website, around the School, via our social media platforms or in other Tintern Publications. Please email us to start sharing or complete our online alumni update form. 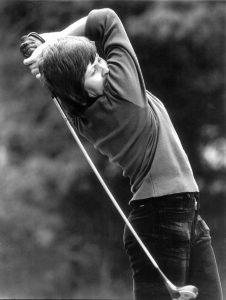 “For Jane Lock this year has been what the experts believe is the starting point of a successful golfing career”, stated the 1971 issue of the Brook. Almost 50 years later and we can say that was clearly an understatement!

Jane graduated Tintern in 1972, already having embarked on a successful golfing career. Jane was an active member of many sports teams during her schooling, and in Year 12 (Form 6) was Captain of the Baseball, Basketball and Swimming teams, and the Mansfield House Captain in 1971 and 1972.

In 1975, at the age of only 19, Jane was awarded the Member of the British Empire (MBE) for services to Sport and Golf. In 2000 Jane was again honoured with the Australian Sports Medal in recognition of both her playing and teaching career in Golf. Jane was them inducted in to the Victorian Golf Hall of Fame in 2015, which recognises high-level achievement and contribution to the development and status of the golf industry in Victoria.

Having completed her Bachelor of Applied Science (Human Movement) in 1981 Jane retired as a playing Professional in 1986 due to an injury, continuing on as a Teaching Professional to share her skills and expertise as a coach. Teaching at Bulleen Golf Driving Range before retiring in 2018 Jane has also contributed to golf through the Consultancy and Media work; developing instructional videos, featuring on many television shows, as a regular contributor to newspapers and magazines throughout Australia, and as a Channel 7 Course Commentator at the Australian Women’s Open.

Although incredibly humble Jane is truly an inspiration! 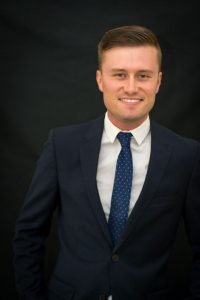 Louis came to Southwood in Year 6. He excelled at mathematics and science, and was enthusiastically involved in many sports, musicals, choirs and the leadership team. After graduating from Tintern in 2008, Louis went on to study Aerospace Engineering at Monash University. He was a member of many university groups and clubs and immersed himself in university life. He studied for five years and spent three months backpacking throughout Europe. He completed his final year thesis with the Monash Unmanned Aerial Systems team to develop a search and rescue autonomous drone for the UAV Outback Challenge in Queensland. He achieved high academic results and consequently received honors of his year and was inducted into the Golden Key International Honors Society.

After graduating from university, Louis was keen to start his career in engineering. Within months of graduating from Monash, he landed a full-time position as an Engineer at Planet Innovation, an engineering consultancy firm. He worked on many projects including a smart IVF incubator to streamline the IVF industry in Australia and making it more affordable and accessible. After working at Planet Innovation, he became a mechanical engineer at MiniFAB, a medical engineering consultancy firm. At the moment he is developing a rapid point of care diagnostic system for infectious diseases such as Ebola, various cancer diagnostic devices and the Monash Vision Group’s direct to brain bionic eye to bring sight back to the blind. He has utilised his skills in 3D printing and other rapid prototyping techniques to deliver world first solutions to some of the most difficult engineering challenges. He enjoys working on projects to better the living conditions and quality of life for some of the most disadvantaged people on the planet.

He hopes to someday own and operate his own modern and innovative consultancy firm. He still has a passion for aviation, astronomy and drone technology and routinely builds and pilots drones in his personal time. 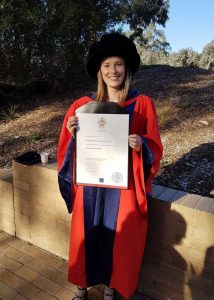 Physiotherapist and researcher, Dr Charlotte Ganderton (B.Hlth. Sci, M.Physio.Prac (Hons), PhD), completed her undergraduate physiotherapy degree in 2012 with honours in shoulder muscle dysfunction. Her exceptional success as an undergraduate student was highlighted by receipt of the Alan Hamer Research Prize, Bernard Rechter Graduate Research Prize for Honours, La Trobe University Patricia Cosh Leadership Award, the Australian Physiotherapy Association Board of Directors Student Prize and the prestigious DM Myers University Medal. She then went on to complete her PhD in lateral hip pain in 2017.

Charlotte has presented her research at national and international conferences, winning Best Academic Paper (Sports) at the Australian Physiotherapy Conference, and the Wendy Ey Women in Sport Award at the Sports Medicine Australia Conference in Malaysia 2017.

Throughout her career, she has experienced working in a number of different areas – performing arts, sports, private practice and the public health system, as well as tertiary education. This has enabled her to treat individuals from the acute setting through to return to work and sport.

She is currently travelling the world working as a Physiotherapist for Cirque du Soleil – Toruk, The First Flight.

Tintern taught Charlotte to continuously strive to challenge herself, professionally and personally. This is evident in her achievements so far, and no doubt will help her in future endeavours. 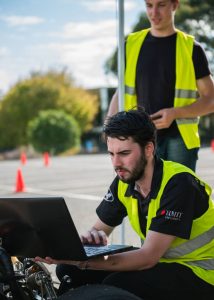 During my Middle School years at Southwood, I had the opportunity to complete the Building a PC course ran by Sue Healey. Prior to this class, I had next to no knowledge in the field of technology, though the process of building a computer from the ground up sparked a passion that is still with me to this day.

I knew that I wanted to have a career that revolved around computer hardware, a product that was on the bleeding edge for consumers, that I could be proud to have been a part of. I studied Math Methods and Physics in Year 12 as they were prerequisites for Electrical Engineering.

RMIT University had an excellent, hands-on approach to engineering, and I was accepted into a Bachelor of Engineering (Electronics & Communications) (Honours) and Bachelor of Computer Science.

In my final year of study, I was Chief Electrical Engineer of RMIT Electric Racing. A team that competes in the largest engineering student competition around the world, designing, building, and racing a formula style electric race car. This provided me with the experience of developing an electric car from the ground up, managing team members from multiple disciplines, and competing under immense stress in a worldwide competition.

A representative of Tesla Motors reached out to me to discuss the possibility of employment after graduation. Considering my long-term interest in technology and the recent involvement with RMIT Electric racing, Tesla Motors was a dream company. After a fairly long and intense hiring process, I was offered a position as a Product Excellence Engineer at their Fremont Factory in the United States.

Within my role I focus on the production of Drive Units for the Tesla Model S and Model X. I help ensure that the production line is operating smoothly and producing the most excellent parts possible. If for whatever reason part quality slips, I help develop solutions, working with suppliers and production staff to bring it back up to the Tesla standard. 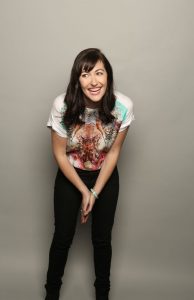 Multi-award-winning comic Celia Pacquola has cemented her position as one of the most in-demand comedians in Australia, while also forging a comedy career in the UK and abroad.

Her stand-out solo festival shows The Looking Glass, Let Me Know How It All Works Out, Delayed, Flying Solos and Am I Strange, have all garnered rave reviews wherever they were performed, from Melbourne to Edinburgh. In 2014 Celia was nominated for the Barry Award at the Melbourne International Comedy Festival for the best show and won the Amused Moose Laughter Award at the Edinburgh Fringe. In 2016, Celia became the youngest woman to host the Oxfam Gala for the Melbourne International Comedy Festival/Network Ten.

Celia is also a talented actor with roles in the acclaimed ABC1 drama The Beautiful Lie, the AACTA award-winning Laid, Logie Award-winning drama Offspring and in Working Dog’s series Utopia, for which she won an AACTA Award in 2015. Her wit and jokes will be familiar from guest appearances on Spicks and Specks, The Project, Good News Week, Dirty Laundry, Have Been Paying Attention? and more. Internationally, Celia has been a guest on Never Mind The Buzzcocks, Chelsea Lately and The Rob Brydon Show. She was also handpicked to support John Oliver on his 2015 Australian Tour. Following this, Celia was invited to the 2016 Just For Laughs festival in Montreal to perform as part of the Carrie Fisher Gala, and then to London for an appearance on Live At The Apollo.

In 2016, Celia and her dear friend and Utopia colleague Luke McGregor starred on ABC1 in Rosehaven – a comedy series of their own creation. Celia finished the year with an AACTA Best Supporting Actress award for her performance as Dolly Faraday in The Beautiful Lie.

For further profiles please visit Meet Our Alumni on our website.

It was great to reconnect with staff today at Tint

We look forward to celebrating with our parents, t

We congratulate the Class of 2022 for their VCE ac