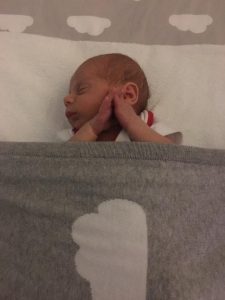 Christian Fitzgerald & his fiancée Marthe recently welcomed Leon Alexander Gogstad to the world. Arriving into the world on the evening of 9 May 2019, Leon is the first child for Christian and Marthe. Needless to say, both parents are over the moon to the new addition to their family. 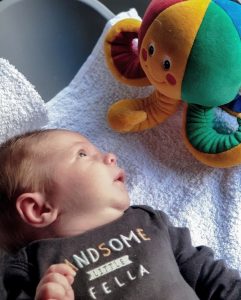 Scott Peters (YG 2005) and wife Ashleigh welcomed their newest addition to their brood with the safe and healthy arrival of Noah on 9 November 2018. Weighing in at 4.2kg, Noah is Scott & Ashleigh’s second child with their eldest Harry taking on the role of big brother. 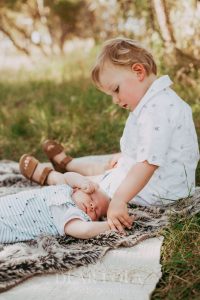 A very happy 100th birthday to Betty Boslooper (Clark YG 1937) who turned 100 on the 27 May 2019. Betty had a wonderful birthday celebration with friends and family. 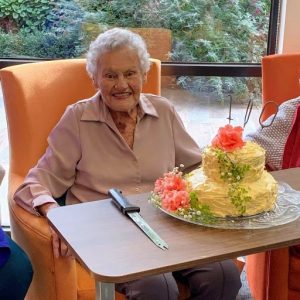 Cass Hoskins (YG 2011) and her partner Daniel got engaged on holiday in Germany recently. They are due to get married in February next year and have been together since Cass was in Year 12. 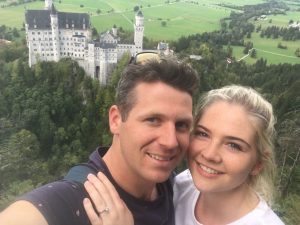 Samantha Brown (YG 2003) married Matthew Green on the 27th of April 2019. They married at St Augustine’s Parish followed by a reception at The Australian Club, both in Melbourne CBD. Many previous Tintern students attended including Maid of Honour Melanie Jansen (nee Grice, YG 2003). “Both myself and Matthew are one of 5 kids, and therefore have big families! Collectively, our 17 nieces and nephews made up our Junior Bridal Party, which was very special. It was a very musically entertaining wedding with some of our siblings performing during the church service, and even Matthew surprising everyone by singing also! This was followed by a 10-piece band at the Reception which kept the dance floor full. It was essentially a big party with the people we love most!

Love was in the air over the Easter period as Mark Razdan (YG2005) wed Natasha Gupta at Linley Estate. The event was well attended by alumni members with Ivan Yeung & Scott Peters  (also YG 2005) a part of the bridal party. Other members in attendance were Daniel Griffiths, Sam Comben and Alex Simmons (YG2004). Photos provided

As Mark had completed IB, several Tintern Girls Alumni members were also on hand to celebrate this momentous occasion.

Jane Alice Curphey (YG 1974) passed away on the 26 October 2018. Rest in peace. Daughter of Judith and Rex Curphey. Loving mother to Alice, Tessa and Flynn. Former wife of Allan and sister to Simon and Annie. Aunt to Jack, Ella and Violet. Jane will be remembered as a vibrant, adventurous and successful woman, and a much loved and caring friend to many.

Sally had a most successful equestrian career, amongst many other things, breeding and competing Australian and State level Champion Horses, holding the position of Australian Chairperson for the Arabian Horse Association for a number of years, holding both Australian and State level President and Committee Show Horse level positions on various equestrian bodies, and judging the Arabian World Championships in Paris, France in 2001. Sally also judged Show Horses in many Australian States and New Zealand.

Sally had a successful real estate career for the last 11 years, marketing and selling many acreage and equestrian properties.

Sally was a loving mother to Nina, who became a lawyer, and a loving grandmother to Madeleine. She was due to become a grandmother for the second time this year with the upcoming birth of another grand-daughter to Nina and her husband Matt, due in September.

Kristina “Kristy” Pittaway (YG 1994) passed away on the 9 January 2018. Much loved wife of Daniel and mother of Ruby, Holly and Will.

Our dear friend Kristy Pittaway passed in January 2018 after 4 brave years with breast cancer. We will always remember her warmth, funniness, and kindness. At school she was known as ‘bush tuckerman’ by so many of us. She loved animals and spending time on the school farm. Kristy went on to do many things with her life including a degree in professional writing, another in natural therapies and later, a third in nursing – she then qualified as a midwife where she found her true calling and adored working with all the new babies.  Much loved wife to Dan and mum to three kids. Kristy is badly missed by so many of us. 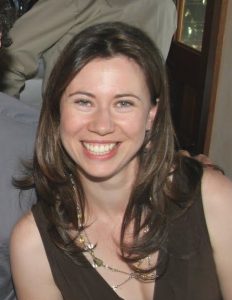 Joy Beatrice Pike was born on 30 March 1926 in London, England, to Alice and Charles Pike and moved to Leatherhead in Surrey before her sister Eileen was born two and a half years later. Sadly, when she was four years old her father Charles died, and in 1931, she and Eileen migrated with their mother Alice by boat to Australia, where Alice remarried. Her stepfather Richard Stockdale was a prominent Melbourne Master Builder and they lived an idyllic life together on his small private farm named ‘Harcourt’ in Warburton.

Educated initially by governesses, in 1937 when Joy was eleven, she and Eileen commenced as boarders at Tintern Girls Grammar school. Apparently they were both miserable at first because it was such a strange environment however they settled down and made good friends and were eventually quite happy as boarders. Soon after their Stepfather died in 1939, and just before WW2 broke out, they moved from Warburton to Hawthorn and became day girls. She was Acting Head Prefect before she matriculated in 1942 and remembered her years at Tintern with great fondness.

After leaving school, Joy began working in accountancy but didn’t enjoy it sufficiently to make a career of it so she decided to study architecture at Melbourne University instead. She spent her second (and wonderful) year at the Mildura branch as an influx of returned service personnel meant that the Melbourne campus was overcrowded. Vacation jobs included working for Red Cross Transport, CSIRO, the YWCA and two architectural firms.

It was at university that Joy met Peter Sorel and their friendship led to marriage. They planned to work for a year after graduating in 1955, and to then travel overseas however the arrival of children put paid to this, so they settled in Brighton to raise their family.

Joy and Peter had two sons, Charles and Michael, and then a daughter Philippa, and Joy stayed at home to care for them and created a beautiful home and garden whilst Peter worked in architecture. In the early 1960’s they joined St Peter’s Anglican Church in Brighton Beach where Joy played an active role in the auxiliary which would continue for the rest of her life. They also purchased a small grazing farm in South Gippsland and as a family, worked it on weekends and holidays.

Once the children reached secondary school, Joy commenced part-time work mainly in the book industry and pursued other interests including overseas travel and collecting antiques. In 1980 her beloved mother Alice died and then in 1982, despite many years of marriage, she and Peter divorced.

Joy completed business and computer subjects at the University of the Third Age and worked with her sons in their respective businesses. She took up yoga, bushwalking, mah-jong and genealogy and enjoyed group travel within Australia and being a grandmother to three grandchildren. She lovingly supported her mother-in-law who lived next door until 100 years of age and then her sister Eileen who moved into aged care in Camberwell.

In 2005, Joy’s large garden in the family home became too much of a challenge and she moved to a retirement village in East Brighton with a much smaller garden. She lived there very happily and healthily until a serious stroke in 2013 rocked her life. Whilst it didn’t define her, the stroke reduced her independence which she had so cherished. Resilient to the core, she continued to live independently until her peaceful death in Cabrini Hospital, Brighton, on 18 February 2019.

Joy is remembered by many as kind, gentle, generous, understanding, talented, intelligent and determined.

Below Right: Joy is seated in the centre of the front row and her sister Eileen Pike (YG 1944 Dec.) is standing second from the right.

We are thrilled at Tintern Grammar to hear the exc